Vienna is a city that made me feel very comfortable and at ease.

Like many major capitals and city centers it is possible to explore the highlights of the city aboard any of the hop on hop off tour buses that regularly circulate through the city. Over the course of nearly a week in October 2014, we visited the Vienna State Opera, Sigmund Freud’s apartment and clinic, the Spanish Riding School with the Lipizzaner Stallions, Wiener Riesenrad (Viennese giant wheel), and the Steininger Winery in Langenlois.

What is a visit to Vienna without a trip to the Opera? Depending on your interest level you can purchase tickets in advance for a seat in the opera house to comfortably enjoy the full performance. Many operas are more than 2 hours in length. We saw Tannhauser which is a three act opera that was nearly 4 hours. You can pay upwards of 100-200Euros per seat. Or if you prefer to buy your tickets the day of, you can, for the 600 standing room only places. These places are available on the day of the performance only. Some people will arrive 2-3 hours before the performance. But if you have sturdy legs, you can purchase an entrance for less than 5 euros normally.

Coffee house culture has been a large part of the Viennese lifestyle for many years. Café Landtmann which has been in Vienna since 1873 has been popular to many regulars over the years including Marlene Dietrich, Burt Lancaster, Sigmund Freud. It is also today, one of the cafes that is entirely non smoking. This is a fact that was noticeably different to our Canadian environment. Non smoking is an exception rather than the norm in Vienna, from my experience. While there are numerous cakes and tortes on offer at coffee houses scattered throughout the city, the Sacher Torte is one item not to be missed. This very special chocolate cake is composed of chocolate sponge with apricot jam and a decidedly smooth dark chocolate icing, and is also readily available for travel to bring home a taste of Vienna. 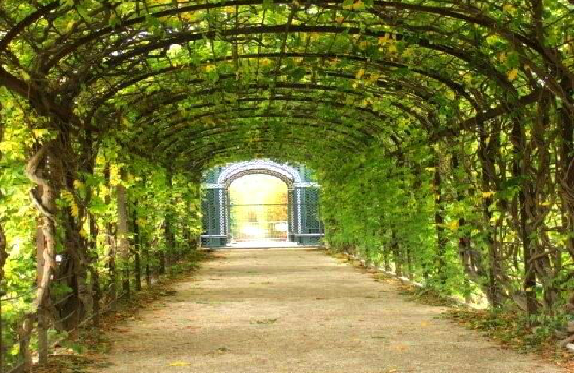 I’m a sucker for hotel with the historical elegance rather than the modern art hotels. We spent our first night at the Hotel Imperial. Part of the Luxury Collection, the Hotel Imperial was created as Prince of Wurttemberg’s Viennese residence. Just 10 years later it became a hotel for the discerning visitors to the 1873 World’s fair. This intimate hotel is located on the Ringstrasse and a super location to explore all that Vienna has to offer. With just 76 rooms and 62 suites it is obvious that attention to detail is the hallmark of this hotel. From the fresh plums in our room to the chocolate marzipan treat on the bedside tables it was a treat to say the least.

My favourite restaurant was called “Said the Butcher to the Cow”. With a name like that, one imagines steak or burgers and we weren’t disappointed. The recommendation of the waitress, however, got lost in translation as the Pulpo ‘n’ Pork burger arrived. I had understood Pulled Pork. Not quite the case as the pork burger was garnished with a grilled octopus tentacle – Pulpo. Certainly not what I had been expecting but the char grilled flavours and the fresh baked buns were just what the doctor ordered.

If you’re planning to explore the city I can highly recommend the VIENNA CARD. For roughly 20 Euro, you can purchase a 48 hour or 72 hour card which includes access to the Vienna public transport system on the underground, tram and bus. It also provides you with an extensive variety of discounts at more than 210 different attractions and cafes and restaurants. 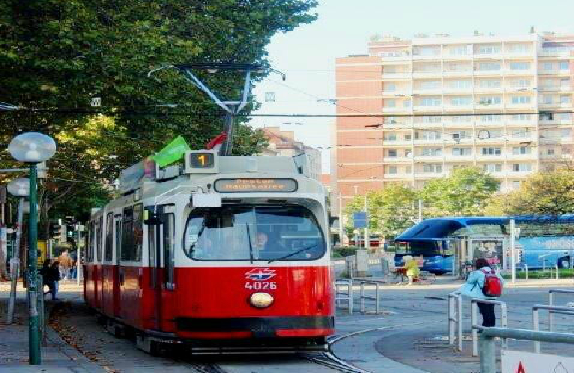 To get from the airport into the city, if you’re travelling light and arriving between 6am and 11pm the CAT – City Airport Train – departing every 30 minutes it will bring you from the Airport into the Wien Mitte station in just 16 minutes. From here a short walk or taxi ride to your hotel. The last train departs at 11:35pm though. A return ticket is your best value and if you purchase the VIENNA CARD you will save an additional Euro on any of the tickets.

If you’re arriving after 11pm, I would suggest that you utilize one of the flat rate car services from the airport into the city. Make sure you know the district your hotel is in as the hotel name is not sufficient. Of course, your detailed travel itinerary is the best resource with your destination information.

Finally, while English is widely spoken, you are best to brush up on your German phrases and carry an English – German dictionary.