This month, English fans of ‘footy’ had lots to celebrate. Despite a heartbreaking loss in the finals of the Euros, it was England’s best performance ever in the continent’s biggest game. Soccer, that is. Britain is the birthplace of the... Read more

Many of us have spent hours of our own childhoods or alongside our favorite kids immersed in stories like the Snow Queen, the Emperor’s New Clothes, the Princess and the Pea, the Nightingale, and the Little Mermaid, either in timeless... Read more

Cruising From the US is Back!

It’s official. Cruising has returned to ports in the U.S. While many cruise lines have already started sailing with North American guests from offshore ports in the Caribbean and Europe, there’s been no cruising from ports we can drive to.... Read more

New Zealand is in celebration mode in July with the arrival of Matariki. It's a constellation of stars that rises in New Zealand skies, shining their brightest in the first week of the month. Known to astronomers as Pleiades or... Read more

They are among the Caribbean’s best kept secrets. The forty islands and cays that make up the Turks and Caicos Islands (TCI) are favored by travelers in the know for their pristine waters, picture-perfect white sand beaches and conch and... Read more

The World has a New Ocean to Explore

Get out a sharpie – there’s a new ocean to label on your map of the world. Or globe, if you have one. You might have to update your travel bucket list, too. If you’ve already ticked off ‘visit all the... Read more

In Japan, it’s called the ‘Castle in the Sky’, but international travelers who’ve discovered historic Takeda Castle have compared it to another mountain-top historic ruin half a world away in South America. Peru’s Machu Picchu has made most intrepid travelers’... Read more

On some islands, they like to tell you how many beaches they have, or days of sunshine. On Nevis, it’s how many different varieties of mangoes they have. The answer? Officially, nearly four dozen – and unofficially, it’s estimated nearly... Read more

It’s news that marries two of the fastest-growing styles of travel: river cruising and family heritage travel. AmaWaterways has partnered with Ancestry, the company that specializes in genomics and connecting people to their family history. The river cruise line has... Read more

“Living well is the best revenge,” said a 16th-century poet, and that line may be the inspiration for one of the latest trends in travel. Over a year of travel shutdowns has reminded us of how precious the privilege to... Read more

The leaders of the world’s seven biggest democratic economies are meeting in Cornwall, England, and it’s putting the Southwest region of the country under a spotlight. Maybe you’ve heard of ‘bleisure’ travel? It’s about tacking on a leisure vacation to... Read more

If you’ve never put the words ‘luxury’ and ‘water park’ together in a sentence before - let alone a vacation - now’s your chance. Baha Mar is a thousand acres of Bahamian paradise on world-famous Cable Beach near Nassau. The... Read more

This is something we can get on board with! A few years ago, Spain declared the third Thursday of June ‘World Tapas Day,’ which in 2021 falls on June 10. Tapas comes from the Spanish verb ‘tapar’ or to ‘cover’, and... Read more

Three new resort destinations for the vacation of your dreams in paradise are coming to life in Jamaica. Groundbreaking has begun on a nearly half-billion dollar project that will put Ocho Rios on your ‘ultimate beach holiday’ list beginning late... Read more

Some call them ‘sea cows.’ They belong to the family of marine mammals called ‘Sirenia’, after the ‘Sirens’ of Greek mythology: mermaid-style creatures whose irresistible beauty lured sailors to their deaths. Blubbery and be-whiskered, 10-feet long and weighing a thousand... Read more

Planning travel is fun, and it even gives us a mental health boost by giving us the pleasant anticipation of experiences we love. As the world begins to open again, it’s easy to lose ourselves in the inspiration, novelty, beauty, charm,... Read more

As travel restarts, for many travelers, Europe is calling. We have a lot of catching up to do, and to celebrate the true spirit of travel, luxury hotel chain Four Seasons has developed six new “Scenic Route with Four Seasons”... Read more 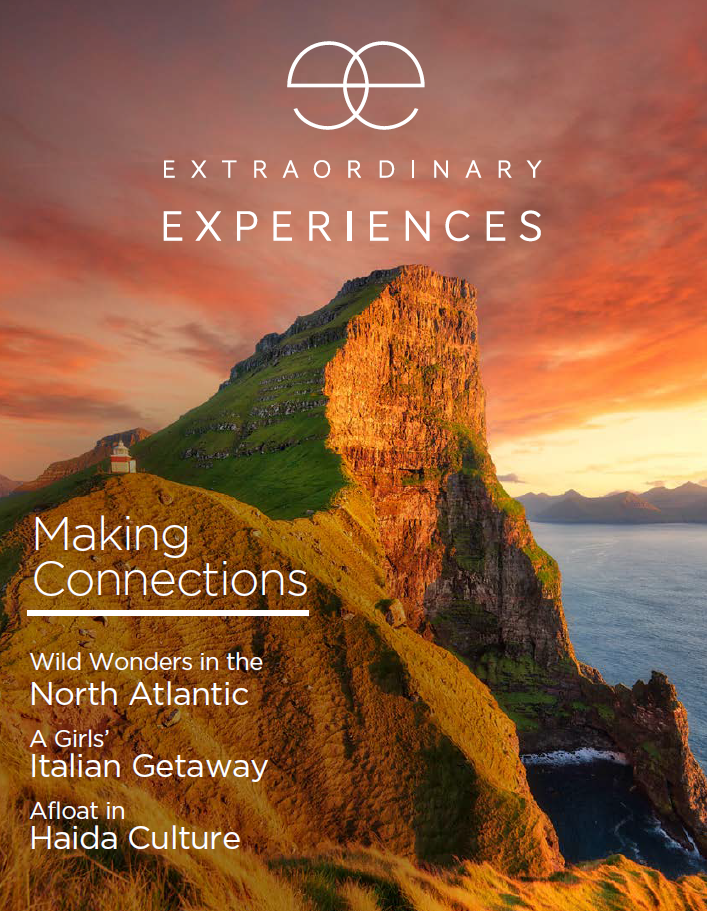