Flew to Paris on the nonstop Air France flight from Vancouver. With an early morning arrival at Charles de Gaulle Airport, I was able to catch a 10am TVG train right from Terminal 2 at CDG to Avignon. Three hours later, I checked in at the lovely Hotel de L’Horloge in the centre of town, on a bed and breakfast basis and a perfect location to walk to the Palais des Papes and to the famous bridge Le Pont D’Avignon.

Avignon, a walled city, once a Papal residence, is famous for its history, architecture and its yearly summer festivals. Avignon is evocative of the well-known children’s nursery rhyme: “sur le pont d’Avignon”. The bridge real name is Pont Benezet built between 1177 and 1185. In 1668, it was partly washed away by a flood and only 4 of the 22 arches remain standing. 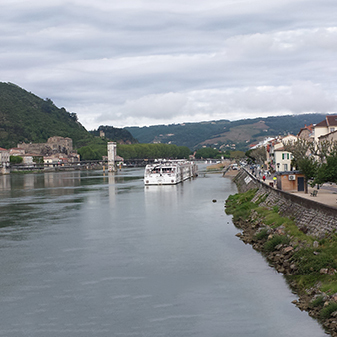 Uniworld Rhone River Cruise on the SS Catherine started in Avignon on May 8th and ended in Lyon on May 15th. During the sailing 12 locks were crossed, each more awe inspiring than the previous one. I visited seven lovely villages and towns, ate succulent food and drank exquisite wines. The SS Catherine is one of the recently new-built vessels to join The Uniworld fleet, christened by the French actress Catherine Deneuve in October 2014.

My shared French Balcony stateroom located on the Avignon deck seemed very spacious, although in actual fact was no larger than 194 square feet. It had lots of storage space, a sitting area with a table and two chairs, with floor to ceiling window adding to the feeling of space. The bed was most comfortable and made twice a day to my delight! The bathroom was equipped with marble counters, a rain shower, L’Occitane bath and body products, towel warmers, bathrobes. I loved the heated floors after a shower or coming in from the cold. The temperature was cooler than expected for that time of year, with gusty winds, and an unusually heavy rain fall. The overall feel of our room and the entire ship is of a “boutique” style hotel, very comfortable, luxurious without being opulent.

Life on board was carefree and indulgent. Uniworld is the only River Cruise Line that includes everything: food, all beverages including wine and beer, tipping, airport transfers and land excursions with English speaking guides, and WiFi. All major meals were served in the Cezanne Dining room. Breakfast and lunch buffet style, dinner a la carte, and each day with a selection of the regional wines. Tables were set for four, six or eight, and those guests who prefer a table of two had to contend with sharing the end of a table for six. If you happen to miss the scheduled meals, late breakfast, light lunches and snacks were served in the Leopard Lounge on the Camargue Deck, or by ordering room service. You can never go hungry at any time of day or night, with snacks served in the Van Gogh lounge, 24 hours a day.

The public recreation areas included a small but adequately equipped gym, which I didn’t use, a very small swimming pool that looked like a giant bathtub just off the Leopard Lounge Room that nobody used, and a top deck lounge The Matisse Terrace with shuffle boards and comfortable armchairs. This was the perfect spot to watch the ship navigate through one of the twelve locks, warmly wrapped in the cozy blankets available on deck. Uniworld also provides complimentary bicycles and walking sticks for those who want to explore on their own, on a first come first served basis due to their limited number. 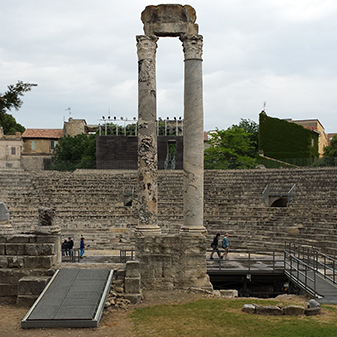 Captain Pascal and his crew were on hand to welcome us on that first day, and their good nature and those of the entire staff prevailed for the rest of the cruise. After the obligatory fire drill and cruise briefings, we were off to discover Provence and Burgundy.

The first stop was in Tarascon. I opted for a walking tour of Arles. The city is closely associated with the Dutch painter Vincent Van Gogh who spent a couple of years painting some of his most famous pieces, such as La Maison Jaune. Nina our tour guide extraordinaire took us first “Les Arenes” an amphitheatre dating back to 75AD, now a Unesco World heritage site, followed by a visit to L’Espace Van Gogh, a cultural centre, formerly the hospital where Van Gogh was treated after injuring himself during his troubled years in the city.

La Maison Jaune refers to the building Van Gogh rented in 1888 and 1889. The building was entirely destroyed during the 2nd World War and never rebuilt.

The next day we were back to Avignon. On that day, I skipped the included outings and instead to walked around the city on my own. I regret not having visiting the olive farm and Les Beaux de Provence, as apparently it was worth the €55 cost. To my big disappointment, the kayak ride on the Gordon River was cancelled due to the high level of the river, and consequently we didn’t make it to the Pont Du Gard. Instead we were bused to a disappointing visit to the Chateauneuf-du-Pape.

The day in Viviers was a blur, I missed all the activities during this stop due to a flu bug that kept me in bed most of the day. However the feedback from other guests was very positive. The walking tour was a bit strenuous, and slippery due to the falling rain. But their effort was rewarded by a visit to a local resident home for hors d’oeuvres and wine tasting.

The next visit was to the twin towns of Tain L’hermitage, and Tournon. Our little group hiked up L’Hermitage Hill and the view of the Rhone Valley from the top was breathtaking. No motorized equipment are used up and down the vineyards. They use horses to plow the lower hills, and mules for the higher hills. Syrah grapes are cultivated in Tain L’hermitage for red wine, while on the opposite side in Tournon, Roussanne and Marsanne grapes for white wines. Both wines were tasted by our group at the end of our Tour.

Lyon, our final stop on the Rhone is the 3rd largest city in France. It still is the principal French textile center, especially for the production of silk. Place Bellecour is the city finest square, located in the peninsula between the rivers Rhone and Saone.
I highly recommend a walk through the old city and visit one of the historical “traboules”, passageways of the silk weavers from one end of the city to the other in order to avoid the rain. There is a fabulous museum, parks, squares and hundreds of “bouchons”, the local restaurants where you can enjoy the local delicacies, such as Boeuf Bourguignon. After all, Lyon is considered to be the Gastronomy Capital of France. Lyon is also the birth city of Antoine de St Exupery, the French aviator and author of “ le Petit Prince”, as well as many other notable figures, such as the brothers Louis and August Lumiere, inventors of cinematography, the Montgolfier brothers who created the first hot air balloons. 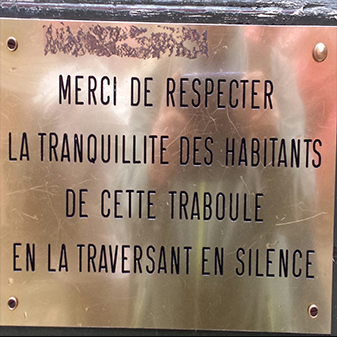 Due to heavy rains, the river levels rose to a dangerous point, and Uniworld had to cancel the sailing to Macon on the Saone River. Instead we remained on SS Catherine in Lyon for another night. Beaune our final onshore visit was to be accessed by bus, a good two hour drive from Lyon, and definitely worth the drive. The main attraction, aside from the wine, is l’Hotel Dieu or Hospice de Beaune, formerly a charitable institution caring for the sick and the less privileged. The coloured glazed roofs are stunning.

Uniworld must be commended for their staff! Every single person on board was courteous and helpful, with a couple exceptions in the dining room. The tour guides were outstanding and notably, Nina in Arles, Solene and Geraldine in Lyon. Also Tania, the Cruise Manager; Sabine the Hotel Manager; and Tiho, the restaurant manager, all of whom went out of their way to make us feel at home. 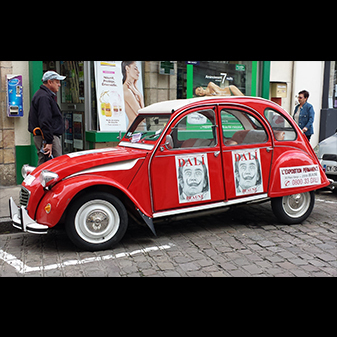 No visit to Provence and Burgundy is complete without the purchase of lavender products, olive oil and of course wine.

I have one little critique about Uniworld. I wished more of the seasonal produce were outsourced at each of the stops along the Rhone, such as local strawberries, or melons. And perhaps have a supply of disposable ponchos for those raining day and guests who didn’t bring any rain gear.